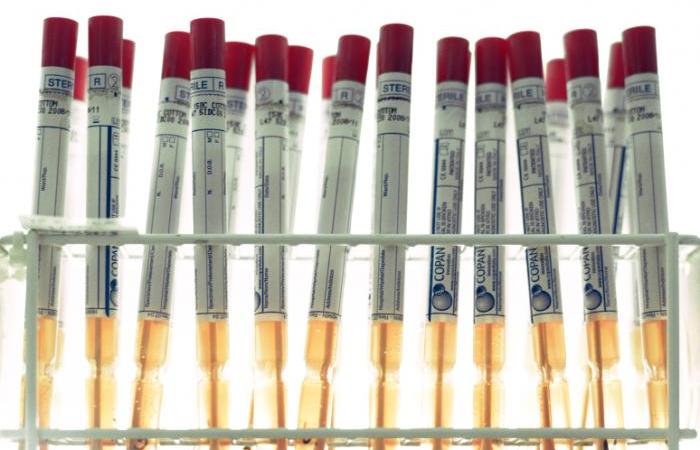 In a recent high court case in Ireland, a Judge in the High Court ruled in a precedent-setting decision that in delivering an ‘all-clear’ result from a cervical smear test, the lab should only do so in cases where they have absolute certainty. The language used has raised significant concerns, as such a threshold is seen as too high to reach. As cancer specialist Prof Donal Brennan told RTE, there’s very little that is absolute in medicine; one presumes he was thinking of death as the sole exception to the rule. The reaction briefly opened up a dialogue on science and knowledge, truth and epistemology, revealing a fundamental flaw in the human condition, and just as quickly it closed again.

The assumption is that the language will be softened or interpreted less harshly (most likely by the Supreme Court), in order that the system can actually function, and is not effectively banned in the interests of some unattainable theoretical standard. But why should such a standard be expected of human beings? James Bridle in his recent book The New Dark Age (an excellent book) has suggested that ‘[w]e think more and more like the machine, or we do not think at all…[but] the more obsessively we attempt to compute the world, the more unknowably complex it appears.’ So let’s consider measurement.

The Folly of Measurement

As Will Self pithily put it in his review of Bridle’s book, your view of the author’s work would depend ‘on whether you’re a glass half-empty, or a glass exactly-filled-to-the-halfway-mark-by-microprocessor-controlled-automatic-pumping-systems sort of a person.’ The truth of the matter (in relation to the glass) is that half – exactly, physically, half – is impossible for several reasons. First, to be so exact or certain would be to assume that our capacity for measuring the amount of water in the glass was precise, that we could, by some agreed and comparative metric, assess the volume of water; but our measurement is not so precise. It is not atomic, or sub-atomic, or anything like it. It is an approximation of liquid mass related to Le Grand K, a physical cylinder of platinum-iridium alloy that has defined the kilogram. Or rather, that will define the kilogram until Monday May 20th, when it will be replaced with a set of so-called physical constants. Robert Crease’s exceptional 2012 book World In The Balance is a fantastic philosophical history of this search for meaning in the world.

Second, the leap in relativity from knowing the mass of water in the glass, to knowing the volume of space within it (and what would potentially amount to a ‘full’ glass), and performing a simple equation to calculate the relation, suffers from similar problems. Liquid forms a meniscus in its physical form, a kind of slight bulging when contained within a vessel; should this protrude beyond the ‘straight lines’ of the glass, it that to be counted as part of the potential contents (and therefore the calculation of what would be ‘full’)?

Third, the glass itself may be machined well, yet it will still have imperfections in its lip. How do we count those? Fourth, and perhaps most importantly, there is the question of time (and here we also consider Xeno’s Paradoxes and the impossibility of almost everything!). All things including the glass and the liquid within it are subject to environmental forces, such as atmospheric pressure, which impacts on different physical forms differently. Changes in atmospheric pressure will constantly alter the relation between the liquid and the glass, depending on things as remote as solar flares, and as localised as air pollution. In addition, there are other physical forces constantly at work – erosion is very slowly decomposing the glass into dust. Evaporation is turning the liquid into vapour; liquids expand and contract as they heat and cool, each a process and therefore subject to changes over time. From the point at which you assess the glass to making a determination as to whether or not it is half-full, the relation of the liquid to the glass will have changed.

At an even more fundamental level, in quantum mechanics, the capacity to know the precise location of any one particle relative to another is limited. Heisenberg’s uncertainty principle teaches us, in essence, that nothing physical is truly knowable, and, by extension, that absolute truth is beyond science – as absolute certainty is beyond any scientist, or lab technician.

Value is ultimately a subjective thing. There is no such thing as objective value, for value is a relational concept in itself: value only has meaning when it attaches to a personal judgement. That someone can suggest, for example, that a painting ‘must be valuable’, they are not suggesting that it has some special status in the pantheon of ‘things’; they are suggesting that its attributes make it desirable – perhaps it is by a famous artist, or it might be particularly old. In turn, that desirability – a subjective value judgement – can be converted in the market system into some form of exchange currency. If the buyer acquires the painting as an investment, it is in anticipation of an onward buyer who values the painting for her personal, subjective reasons.

The labour theory of value explained (in essence) that things had value because of the labour expended in the manipulation of raw materials; and that there were different kinds of value, including the exchange value, and use value, which we won’t go into here. The subjective theory of value suggests that desirability (satisfying a want, rather than a need), scarcity and other immaterial elements (i.e. other than labour and raw materials) can impact on value.

Modernism since the early twentieth century has been suspect of the very concept of value(s), though the leap from art and academia to praxis has been resisted. Value designation is essential for referential existence: we need values to distinguish, for example, between bread and rocks, and we need shared values to form societies. However, as I’ve written before, values are at the root of tyranny, subjective assessments that invariably promote the interests of the subject over all others.

So here we are. Briefly, as a judge suggested absolute certainty as the standard for medical screening, revealed a fundamental weakness in our system of knowledge, our basic science. None of these things are anything other than educated assessments, against which we must make determinations as to what it is reasonable to do. Lab technicians may offer a view that a scan looks normal, that based on their prior experience it doesn’t look like a case that is likely to develop a cancer, but they can never be certain. The patient, based on that assessment, needs to make a decision about whether to act on that view, with regard to the credentials and experience of the technician, which is likely to be more advanced than their own. They need to take a view on likely outcomes, and behave accordingly.

But the Lab Technician could be wrong. It doesn’t mean that they’re not doing their job, not that they are doing a bad job, nor that they are inexperienced. It just means that the technician can never be absolutely certain about anything, no one can. They can’t meet the standard of being machines, and even if they could, machines themselves can’t be absolutely certain of anything either. Our human systems are all approximations, and our attempts to concentrate the skills necessary in professions and specialists to produce likely better outcomes are merely predicated on making better approximations.