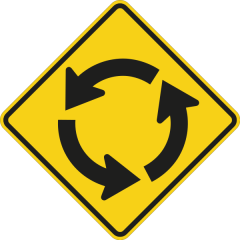 What is the role of expectation in determining legitimacy?  Is legitimacy a relative concept?  Tonight Egypt is again in the throws of more demonstrations, while rumours fly about the health of former President Mubarak.  Some suggest this is the end of the revolution, much as Ukraine went through a cycle of demonstration against Viktor Yanukovych‘s allegedly rigged victory in 2004, only to return to him after several years of failed ambition in 2010.  So Egypt may also revert to its previous state – most likely sans Mubarak, though age waits for no man, and his demise was inevitable anyway.  Why does this happen?  Is there an unreasonableness to the ambition of crowds?

The internet and communications technology paint a picture of democratic structures in other parts of the world that appear appealing and idyllic.  There are several problems with this.  First, politicians describe their countries in very different language to that of ordinary people; and ruling politicians generally have more airtime, and deliberately paint misleadingly positive pictures.  Second, those countries are out of context, and therefore possibly represent inappropriate targets.  So ordinary people in less democratic places see these other countries and say “we should be able to do that,” without appreciatng the nuances of the objective.  They don’t see the disenfranchised, the poor, and those deprived of healthcare and justice; the elites are less obviously favoured by the system; extreme moralising from governement is supplanted in many circumstances by an abdication of moral leadership, which leads to its own issues.

People have an expectation of their government, and where that expectation is not met, legitimacy suffers.  Is that expectation set internationally?  Are expectations of state services, and representation, benchmarked in the international community through globalised communications networks?  Just as misplaced expectation can reduce legitimacy, can appropriate expectation management  (see North Korea, and Orwellian propaganda campaigns) improve legitimacy?  Legitimacy is desirable in that it encourages stability (let’s assume for now that’s a good thing!), though it is not in and of itself an objective good.  Perhaps then public expectation of the state and state legitimacy go hand in hand.  If we accept that, then legitimacy is not only relative, but changeable over time, and changeable by external forces (through globalised communications networks.

For example, China is struggling to retain its legitimacy in the face of the internet.  Its people are seeing and realising that it doesn’t have to be the way that it is, much as the 1980s developments such as video contributed to the downfall of Communism (link needed…sorry, I’ll find this).  More on this anon – I am going to try and postulate a formula that attempts to capture the expectation-legitimacy relationship over time.

One thought on “Legitimate Expectation?”