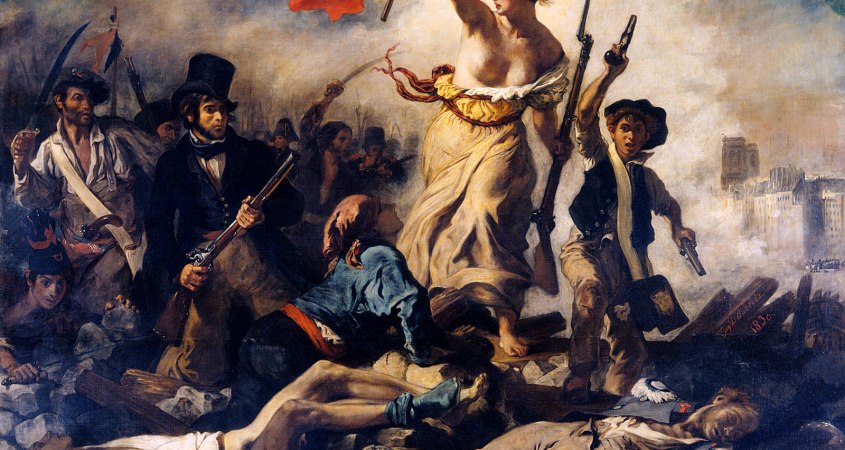 Having laid siege to the bastions of liberal democracy for the past several decades, the forces of reactionary, righteous partisanship can sense victory. Those on the left (though such a homogeneous block is anathema to our current condition – even the idea of homogeneity itself!), the forces of wokeness are terrified, huddled in digital groups, occasionally poking each other in the eye for perceived slights against an increasingly opaque agenda. Gender, race, and identity are more and more personalized, unitized and separated from community, rendering the former concepts meaningless. On the right, there is anger at perceived disenfranchisement, alienation and discrimination by educated elites in academia, media and politics. Around the world in the past four or five years, political victories in the West combined with a surging China and a reassertive Russia have succeeded not only in heading off a fourth wave of democracy, but in pushing back the advances of earlier generations.

“Suppose you agree that he can’t actually have babies, not having a womb, which is nobody’s fault, not even the Romans’, but that he can have the right to have babies.” – Judith, woke Judaean, The Life of Brian (1979)

There are many reasons for this – let me consider two of them. First, there is the problem of electoral legitimacy, where governments are selected by and run by wealthy minorities. Where those governments are run by actual liberals, who profess liberal values such as multi-culturalism and human rights, they are invariably supported by a small number of the people. In the US, 159m people voted in the 2020 Presidential Election, or 66.7% of the voting eligible population, the highest in 120 years. 81m voted for Joe Biden, who won. The total US population is 331m. So that’s approximately one quarter of people voted for him. In Britain, the situation is worse: with a population of 67m, 14m voted for the Conservative party in 2019, or 21% of the total population. In previous left-wing governments the picture was even worse – Toby Blair’s New Labour won its largest victory in 1997 with only 18.5% of the population voting for his party.

Without diving into the rabbit hole of geographic, racial and socio-demographic breakdowns, suffice to say that there were entire swathes of each population that were entirely denied their will by the electoral majority. Scotland for example voted overwhelmingly for the Scottish Nationalists (SNP), and are politically ignored. There are fractures everywhere in the social contract, as these anomalies proliferate. In addition, they are made worse by the system itself: recognising the strength of the SNP in Scotland, attempts both to campaign in Scotland and to direct nationally funded resources there are not seen as worthwhile by the political leadership. The same is true in the North of Ireland, where resources have only been allocated in return for political support of Irish parties in Westminster (notably the notoriously illiberal DUP during the Theresa May administration). When Margaret Thatcher had done the same thing in the 1980s, the IRA tried to assassinate her.

It’s important to note that wealth is important here too. The relationship between politics and money in Liberal Democracy worldwide is undeniable, tawdry and institutionalised. Whether left or right wing, corporate and other vested interests nurture, lobby and cajole politicians, elevating those they trust, and helping to bring down those that they do not. While on the one hand such influence is representative of the tactical business interests behind it – loosening regulatory barriers to trade that strengthen consumer power, for example – it is often the case that more ideological motivations are attached.

Second, there is the problem of values – or, rather, the lack thereof. Liberal Democracy claims to hold to the principles of the French Revolution, and its derivative institutions such as the United Nations and the Universal Declaration of Human Rights. I’ve written before about Carl Schmitt’s disdain for the mirage of Liberal Democracy, and Hayek’s rejection of Social Justice as a ‘mirage’: these so called values appear to be mere stories that we tell ourselves. And so Boris Johnson sells arms to Saudi Arabia, despite persistent lethal Saudi attacks on civilian Yemeni facilities, while Donald Trump encourages China to oppress the Uighur, in order to grease the wheels of a trade deal. Rights aren’t universal in this world, it seems; they are local. And if leaders can deny rights to foreigners, they can deny them to citizens who don’t vote for them too – like Catholics in the North of Ireland, or ‘Blue States’ under a Republican administration in America. More broadly, when liberal democratic states are really tested – such as in times of war or pandemic – that is when rights are most important. And yet, that is when the state of emergency is declared, suspending rights. Gradually, over time, people have come to recognise that rights are not universal; that their privileges are merely one bad election away from being denied.

Reading two books at the same time recently – a habit I strongly encourage! – Mary Beard’s SPQR and Odd Arne Westad’s The Cold War: A World History, it struck me how both in the case of the Roman Empire and the Soviet push into Eastern Europe, both were locally minority exercises, bolstered by a super powerful army. Beard says that across the Roman Empire ‘…at any one time there were 200 elite Roman administrators, plus maybe a few thousand slaves of the emperor who had been sent out from the imperial center to govern an empire of more than 50 million people.’ (p. 490) In Westad’s excellent history of the Cold War, everywhere, he says, ‘…the imposition of Communist rule was based on military power.’ (p.183) How was that any different, it seemed to me, from our modern liberal democracies? The army is being deployed in the UK to support the pandemic relief efforts; and in the North of Ireland for many years to suppress nationalist populations (and buttress the Protestant ascendancy). In the US, troops lined Pennsylvania Avenue at the peak of Black Lives Matter protests in the Summer of 2020. At the same time, government is made up of substantially minority elites, unrepresentative, and devoid of any real vision beyond power itself.

“The blood-dimmed tide is loosed, and everywhere
The ceremony of innocence is drowned;
The best lack all conviction, while the worst
Are full of passionate intensity.”
-William Butler Yeats, The Second Coming (1919)

It could be argued that liberal democracy is already dead: governments are run by a combination of wealth and often hereditary elites, with a fig-leaf of electoral legitimacy provided by a minority of the population who benefit from narrow policies designed exclusively to perpetuate power. Not only that, but the values that liberalism purports to represent are denied when politically expedient, or when power interests are threatened: principles are unimportant.

It is tempting to ask the question ‘how did this happen?’ I would argue that it actually didn’t happen; rather, liberal democracy never existed at all. We know that the development of the universal franchise is relatively recent, and remains fragile. Indeed, attacks on the franchise are frequent and well publicised. It is also the case that leading politicians in all liberal democracies have rarely emerged from genuinely poor backgrounds, and, where they have, their political ascent has been made possible only through engagement with wealth outside politics. Systems of Government in Russia, China or Iran may appear foreign to people in the West; but in truth, we’re really not all that different. We tell ourselves stories to maintain political coherence; stories of great victories, overcoming great odds, triumph in the face of disaster. Those stories realise themselves in cohering ideas: in an idea of a nation, in a great leader, or even in a great system of bureaucracy. And as for the rest of us – mostly, we tag along for the ride.