Guilt, Anxiety and Glory in the Anthropocene

Twitter, Facebook and Google this week finally landed in exactly the position they have been resisting for ten years: front-row politics. In deciding to ban Donald Trump from their platforms, they have made a decision to decisively intervene in the US Presidency, denying one side its voice and making a judgement on the legitimacy or righteousness of that position. It’s really important to take a breath now, and understand just what this moment means.

END_OF_DOCUMENT_TOKEN_TO_BE_REPLACED

Having laid siege to the bastions of liberal democracy for the past several decades, the forces of reactionary, righteous partisanship can sense victory. Those on the left (though such a homogeneous block is anathema to our current condition – even the idea of homogeneity itself!), the forces of wokeness are terrified, huddled in digital groups, occasionally poking each other in the eye for perceived slights against an increasingly opaque agenda. Gender, race, and identity are more and more personalized, unitized and separated from community, rendering the former concepts meaningless. On the right, there is anger at perceived disenfranchisement, alienation and discrimination by educated elites in academia, media and politics. Around the world in the past four or five years, political victories in the West combined with a surging China and a reassertive Russia have succeeded not only in heading off a fourth wave of democracy, but in pushing back the advances of earlier generations.

END_OF_DOCUMENT_TOKEN_TO_BE_REPLACED

As the seemingly agreed European-British trade deal approaches ratification, there has been a considerable degree of introspection over quiet glasses of port during the Christmas holiday, in consideration of what it all means. It does seem to be an important moment in the development of the European Union – it is certainly that for the UK – but what does it tell us about the European Project?

The decade from 2008 to 2018 was probably the worst in the history of post-War European integration, from the financial crisis, to the sovereign debt crisis, and (lest we think ‘Brexit’ was anything other than a derivative portmanteau) the risk of ‘Grexit’, the migrant crisis, countless terror attacks, the Brexit vote itself, and Donald Trump’s rejection of internationalism with its tacit approval for Russian aggression on Europe’s eastern borders.

END_OF_DOCUMENT_TOKEN_TO_BE_REPLACED

The Chinese appear to have fabricated an image to support a narrative that Australian soldiers committed war crimes in Afghanistan. In the modern media dominated world, negative stories are quickly suppressed and ignored where they can be confidently denied by a robust and well-disciplined communications strategies. However, when there’s a picture, it is more difficult. Audio and video make the story even more difficult, as they lend themselves to blind sharing, hot takes, and indiscriminate proliferation.

In the post-event / post-allegation battle for control of the narrative, and for a definitive version of events, truth becomes defined. The immediate aftermath is the most important time. Witness Bill Barr’s decision to release his (inaccurate) version of the Mueller Report in the US several weeks before the actual report was released; even though it was wrong, and ultimately provably so, the narrative was sufficiently blunted to as to protect his ‘client’, the American president.

END_OF_DOCUMENT_TOKEN_TO_BE_REPLACED 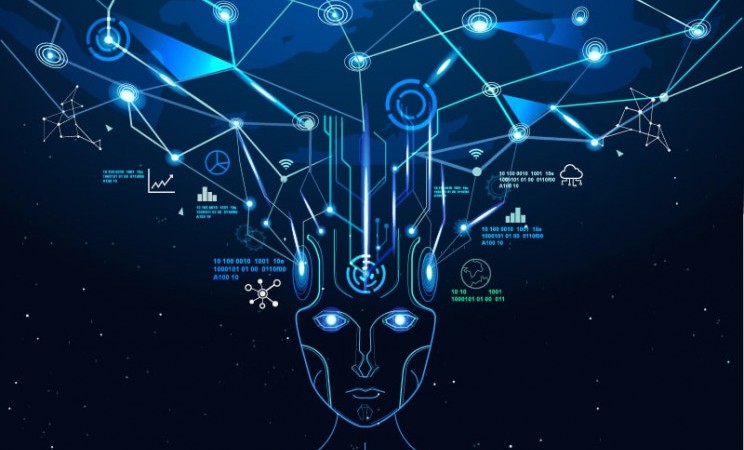 END_OF_DOCUMENT_TOKEN_TO_BE_REPLACED

In assessing the battlefield casualties Rome suffered in the first thirty years of the second century BC, Livy (c59 BC – c17 AD) estimates 55,000. The classicist Mary Beard distrusts the figures – and that number, she suggests, is far too low. In the first instance, ‘there was no systematic tally of deaths on an ancient battlefield; and all numbers in ancient texts have to be treated with suspicion, victims of exaggeration, misunderstanding and over the years some terrible miscopying by medieval monks.’ In addition, she continues, ‘[t]here was probably a patriotic tendency to downplay Roman losses; it is not clear whether allies as well as Roman citizens were included; there must have been some battles and skirmishes which do not feature in Livy’s list; and those who subsequently died of their wounds must have been very many indeed (in most circumstances, ancient weapons were much better at wounding than killing outright; death followed later, by infection).’ (SPQR, p.131-2)

END_OF_DOCUMENT_TOKEN_TO_BE_REPLACED

Friedrich Hayek is perhaps best known as the father of neoliberalism, a quasi-messianic belief in markets as the prime source of a concept of value (and deliverance from totalitarianism), and the idea of spontaneous order, that things – all things – are not controlled, but ordered, spontaneously. His Nobel prize in 1974 was awarded in part for his ‘penetrating analysis of the interdependence of economic, social and institutional phenomena.’ In other words, he was no mere ‘financial’ economist, whatever that might mean. His was a big project, one that encompassed the ultimate political objective of protecting individual liberty, in a career that spanned over sixty years, and major works including The Road to Serfdom and The Constitution of Liberty.

END_OF_DOCUMENT_TOKEN_TO_BE_REPLACED

Staring out the window of the house this morning, I admired the raised beds I’d built ten years ago when we moved in. I had used eight foot scaffolding boards – they were going for a song after the crash, and the building trade was in the tank. Three high, two wide and two deep, these were large beds, with now semi mature trees, nestled into a yard paved with moulded concrete slabs and elsewhere dotted with containers and pots with all sorts of flowers and herbs. The boards were rotting now, but the heavy soil behind had long since settled and posed no direct-pressure threat to the integrity of the walls; they were threatened more from within, as the process of decay meant that they would pretty soon begin to crumble. Autumn is settling in now. I sipped my tea and exhaled; it was a comforting view.

END_OF_DOCUMENT_TOKEN_TO_BE_REPLACED

In a very crude sense, the western history of political philosophy can be divided into five phases: the city state Greek democracy, an oikonomia derived in Ancient Greece from a principle of agreed control; colonial empire, deriving first from the Greek colonies and extending into the military-bureaucratic structures of the Roman empire; federalist patrimonial states, an essentially feudalist structure allowing for larger domains to be managed through grace and favour; and modern variations on social democracy (including communism) since the French Revolution, based on concepts of individual equality and freedom. Max Weber, Francis Fukuyama and countless others have variations on these phases and structures, some more global (Fukuyama in particular considers Indo-Sino histories), and others more scientific (Weber’s forensic sociology in particular).

END_OF_DOCUMENT_TOKEN_TO_BE_REPLACED

In his 2019 book The World Philosophy Made, Scott Soames quotes the historian of Greek religion Walter Burkert, who claimed that the epic poetry of Homer and Hesiod was no less than ‘the glue that held Greek society and culture together.’ Burkert says that ‘[t]he authority to whom the Greeks appealed was the poetry of Hesiod and, above all, Homer. The spiritual unity of the Greeks was founded and upheld by poetry – a poetry which could still draw on living oral tradition to produce a felicitous union of freedom and form, spontaneity and discipline. To be a Greek was to be educated, and all education was Homer.’ (Soames, The World Philosophy Made, p.2; Burkert, Greek Religion, p.120)