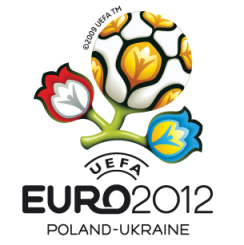 As the European Football Champtionship closed this evening, Sunday talk shows across the continent were full of analysis of Super Mario, Monti’s Manouever or Merkel’s Mismanagement of the latest installment of the Euro Crisis.  Last Friday morning, news came that a deal had been done to directly capitalise Europe’s banks, rather than routing capital through the sovereign, thus imperilling sovereign credit and creating the confidence problem.  There was much rumination on the need for further integration, the federalist agenda, the United States of Europe.

While the European Union as a project has been extremely successful in many respects.  The formation of a single currency, the super state institutions of the commission, parliament and courts, and countless trade and co-operation treaties have created tighter, more fraternal relations that ever before at the political level.  In resolving centuries of conflict – of warfare – between states, the establishment of that common infrastructure has done great work in tightening the channels of communication.  However, one of the great causes of War in the twentieth century – nationalism – has never truly been dealt with.

Nationalism directly and indirectly caused the First World War, as it was a Serbian nationalist Gavrillo Princip who shot the Hapsburg monarch to kick the whole thing off.  The Second World War was driven by rampant nationalist supremacism in part, and racism and xenophobia captured the imagination of a willing and desperate mob, exacerbated by populist industrialised propaganda.  Fast forward to 1987, and Slobodan Milosovic drove and rode a wave of Serbian nationalism culminating in the ethnic cleansing in the former Yugoslavia.Even today, the rise of the far right across Europe has been alarming, with its narrow fragmented view of identity in stark contrast with failed multi-culturalism across Europe.  And if we thing that propaganda was industrialised in the run up to World War Two, then think about the power of the Internet in the hands of someone like Joseph Goebbels.

Successive European Leadership has failed to curb nationalism on the continent, and furthermore failed to develop a European identity.  Each is linked to the other, but can be dealt with separately.  The European Union as the successor organisation of several predecessor treaty structures is deeper and broader than anything that went before, but it remains led by national politicians working on the basis of unanimity.  That has meant that the smallest of nations, or the most domestically imperilled leader has as much influence over European affairs as the largest, strongest leaders.  That has meant disproportionate ‘respect’ for nationalised interests.  There has been too much respect for each sovereign state, because the sovereign state system – the nation state system – was the platform upon which the European project was built.  Nationalism therefore was actually copper fastened within the EU, which became less of a collective and more of a collection, less solidarity and more a trading floor.

Similarly, no serious attempts were made to cultivate a European Identity.  Friendly rivalry was actually encouraged, as with the Eurovision Song Contest, and the European Football Championships, where the Greece Germany game in particular drew political comments from every sports journalist in Europe.  I’ve blogged about this already, so I won’t go over it again.  However, we need to get away from culturally re-affirming the individual identities and move towards investing in a European culturalism.

Another parrallel with the football teams came to me.  Giovanni Trappatoni is the manager of the Irish football team, and until recently Fabio Capello was the manager of the English football team, both Italians.  The Irish football team in the late 1980s and early 1990s was criticised for grandfathering in lots of players – players who were born elsewhere (usually Britain) but who had a grandparent or parent from Ireland.  As we consider the representation of sovereign interests, is it absolutely necessary that those interests be represented by a national of the sovereign?  Why couldn’t an exceptional English economist be Ireland’s representative?  We have seen some of that start to happen in some important roles – Matthew Elderfield is the new Financial Regulator, for example.  It would also serve to make the point that national interests cannot exclusively be served by nationals.

If we look at America, nationalism is rarely visible, save on rare occasions such as Olympic games, and even then the fervour is more personalised around individuals; for teams – such as Ice Hockey – boorish nationalism can emerge, and it’s not pretty.  One remembers the evening Osama bin Laden was killed, Americans chanting “U-S-A” in the background of news reports from the White House being beamed across the world, and it did not go down well.  States themselves have some rivalries, but even sports franchises move around (much like the people of America move around – state lines are nothing more than dotted lines on a map).

Europe is learning the hard way that fiscal control will require deeper fiscal integration – which means banking integration first, but very swiftly after that it means tax integration.  Tax integration means greater political and social integration.  That kind of genuine federablism can only be achieved if people are willing to give up their sovereignty, and if they are willing to assume a new European Identity.  But people across Europe are by default programmed to resist all moves against national sovereignty, while concurrently there is no clear European Identity as an alternative.  Those two things need to change if Europe is going to move on.  This is state building, nation building, and until Europe sees this for what it is, we’ll lurch from crisis to crisis.