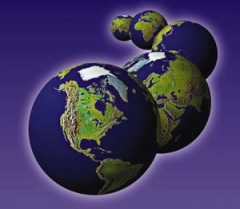 The role of the non-state actor can tell us much about the nature and power of the state.  While in the first instance the role of the MNC is seen as relevant in development and labour standards, for example, there are deeper more fundamental aspects of the MNC that help us to understand legitimacy.  Some countries that struggle for legitimacy – fledgling regimes, less democratic regimes, oppressive regimes – manage to sustain themselves in spite of a lack of popular support by enriching those who control the levers of power, such as the army generals, and the judiciary.  The wealth that flows to those regimes comes from multiple sources, including the sale of natural resources, and sovereign debt markets, both of which are essentially controlled by MNCs.

On the face of it, there is no direct link between state legitimacy and regime perpetuation.  However, this is only when we consider internal legitimacy.  Therefore a regime may persist in spite of the majority of its citizens objecting to the regime, in a dominant minority, such as Apartheid South Africa.  This may appear internally illegitimate.  Externally, however, the recognition by the international community of the state is essentially legitimizing.  Maintaining trading relationships, retaining representation at international fora such as the United Nations, and allowing the members of the regime to control the natural resources and credit lines of the state ensure that the dominant minority can retain control of power.

There are some reasons for this.  The globalisation process that has been underway in large respects since the beginning of the Industrial Revolution (really since the Treaty of Westphalia in 1648) is having the effect of diluting the sovereignty of every country in the world.  The control of each state’s destiny is eroded as it becomes more and more dependent on international trade for both imports and exports.  While this process has been underway, the establishment of norms of international governance entrenched in international law the principle of the inviolability of sovereign power, and precluded external interference – even external opinion – in relation to a nation-state.  That was why Apartheid South Africa was so controversial – on the one hand there was a default position of non-intervention, while on the other hand the process of globalisation had begun to place an expectation on states to adhere to normative standards of human rights.  Technology – at that time air travel and television, in particular – exacerbated the public mood, and pressure could be brought to bear on domestic governments such as the UK and US to use its influence to change the behaviour of non-compliant nation states.

There are four forms of external organisations that dictate legitimacy for a state.  The first is other countries.  The second is international organisations, which are made up of other countries.  The third is non-governmental organisations (NGOs), which are either driven by charity or some independent ideology such as religion, development or altruism.  The fourth is the MNC.  While the process of globalization was unfolding, the necessity for intervention was limited, because a) the technology was not in place for the alternate rights standard to be widely known, and b) the interest or relevance in distant states was less pronounced.  As technology and interdependence have evolved, that is not the case any more.  Today, NGOs take the lead in identifying weaknesses in standards of governance, followed reasonably swiftly by international organisations.  Individual governments are laggards, falling far behind and resisting the urge to take a position lest it compromise some unconnected ambition – so human rights abuses may be deplorable, but domestic trade interests may require the support of that unpleasant state due to its proximity to the relative theatre, or its cultural influence on other players.  Still further behind are MNCs, who rarely have any interest in taking sides, given as they are to reporting quarterly results.

This is changing.  Kissinger’s recent article on Syria, which I blogged about here, criticised the US government and the International Community for its preference these days for selective interventionism.  Rwanda, Kosovo, and the negative impact of uncontrolled war on free trade have caused successive global leaders, particularly in the West, to commit to doing more in the way of preventive action.  Iraq, Afghanistan, Libya, and indirect interventions in Syria, Iran and Tunisia have all seen foreign forces managing events within sovereign states.  Not only that, but MNCs are getting in on the act too.  Corporate citizenship programmes are proliferating amongst the larger corporations in response to public demands for greater contributions to society over and above their taxes in the face of eye watering profits.  It’s not just that – the power of the Internet can seize upon the slightest failing of a company and wreak significant damage on its brand.  It’s not so easy to be a free wheeling capitalist these days.  Mineral companies are most active, and arguably least exposed (being non-consumer oriented), but they too are feeling some heat.

MNCs have a role to play in legitimizing corrupt regimes (I use the word corrupt in the broadest sense), and empowering the suppression of human rights.  They are increasingly acknowledging that, and can no longer raise their arms and say they are merely impartial actors.  Foreign Affairs carries an article this month on the need for Big Tech to have a Foreign Policy.  It’s not a bad point.  The influence that tech in particular is likely to have on political and economic development worldwide is likely to outstrip the most ambitious government progams, the best funded NGOs, and most well-intentioned international organisations.  They may dictate more than any others which governments fall, and which ones remain.

One thought on “Multi National Corporations (MNCs) and International Affairs”