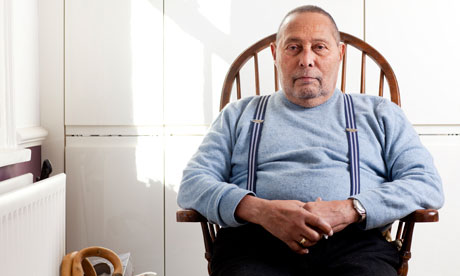 So let’s say the State becomes a platform, like we talked about in the last post.  In order to participate in the State, in order to pay taxes, and get educational accreditation, access healthcare, and to get licensed to own dogs, own a gun, or drive a car, you need to subscribe to the platform.  Let’s say then that the platform allows for commercial entities to participate, to advertise their wares on the State Platform, to ‘compete’ for consumer attention based on big data analysis of citizen behaviour and experience.  What are the other things that are happening with technology that impact upon the evolution of the state?

Philip Bobbitt talked about the Market state, and how it had evolved from the nation state.  His argument was that globalization and interconnectedness had rendered the state subject to international markets, and that the state had become therefore a market entity itself, one which traded sovereignty for influence, globally, regionally, and in bilateral relationships.  Anne-Marie Slaughter talked about modern networks of States, multi-nationals, and NGOs with common interests, forming alliances and strategies together, that this interconnectedness increasingly defined them, and their legitimacy.

There are three other major factors underlying the transformation of the state.  The first is what Tim O’Reilly calls ‘algorithmic regulation’, referenced by Evgeny Morozov in his provocatively titled article in the Observer this past Sunday.  In essence, this involves as a first step the platformification of the state, which is in turn followed by a big-data driven application of law and regulation.  So taxes are fairer, laws are more justly applied, and resources are more equitably distributed based on the State’s deeper appreciation for the situation of each citizen.

The second factor is what I will refer to as ‘distributed identity’.  National identity means very little any more, and while some political commentators argue that nationalism is rearing its head again, particularly in Europe and Russia, Stuart Hall’s insight is apt. ‘Nationalism is not only a spent force,’ he said in 1992, ‘it isn’t necessarily even a reactionary or a progressive force, politically.’  In essence, so-called Nationalist populist movements, like Marie Le Pen’s party in France, or UKIP in the UK, don’t have a real, tangible nationalist vision.  They articulate an anger that is nostalgic and relative – things used to be so much better – and some vague notion of unfulfilled national ambition.  Yet they do not want to go back; for they do not want to yield all of the innovations in travel and technology that have diluted some kind of National purity through cultural and political globalization.  In any case, they can’t put the genie back in the bottle.  Similarly they have no Nationalist vision of the future.

In the absence of national identity, and in the face of deteriorating religious identity, sources of identity are many. Sports and brands offer increasing contributions towards personal value, and the association is a powerful, deep thing that can be very personal.  My own interest in Liverpool Football Club and Sony consumer electronics are slightly outdated and even a little embarrassing, truth be told, but they remain with me from those identity forming teenage years when Liverpool was really good, and the Walkman was uber cool.  This Japanese brand and English football team are a part of my portfolio; others have similarly disparate attachments, made easier by social media and the Internet.

The third factor is what we discussed recently – that of virtualised capital. I’ve not yet blogged on the politics of cryptocurrency, and hopefully I’ll get to that soon, but the concept of capital and capitalism in time is something I believe that is not yet fully appreciated.  In essence, over time, as capitalist economies and capital markets mature, capital itself begins to get hived off, abstracted away from society as value is destroyed.  Capital serves itself, protects itself, and denies mortal ownership. The system itself, uncontrollable by any one person or group of people, holds capital to its bosom and dare not let go.  The time element, or the maturity element, is key.  The older the system gets, and it seems to need several generations to realise itself, the more dangerous it becomes.  In its early stages, growth is lateral – into the colonies, into new markets, then growth by innovation. Once innovation can no longer feed the capital need, we see increasing productisation, packaging, derivatives and financial engineering.  Prices go up, but value – and wages – stabilise.  Profitability goes up, the costs of production go down through globalisation, and those profits accumulate to the abstracted Capital God in the Sky.

These four things then – the Platformification of the State, Algorithmic Regulation, Distributed Identity, and Virtualized Capital – all contribute to a redefinition of who we are, and what the State actually is.  They contribute to a changing view of labour, and of labour economics.  We’ll take these four up together (in some kind of model, perhaps), next post.